Skip to content
Home » Blog » Female Health » Can Fermented Foods Be Bad For You?

With the increasing knowledge around these days about how our gut health impacts our whole body,  fermented foods have become extremely popular.  It’s now common to see kombucha (fermented tea) being sold in the cold drinks aisle in the local supermarket, sauerkraut at community markets and all kinds of yoghurts readily available.   And it really is great to see these foods becoming more mainstream, as people start to implement this simple yet effective food as medicine strategy into their lives.

However, you may not be aware that there are certain times where eating fermented foods can actually be detrimental to your health.  And here’s why…

Fermented foods are certainly a great source of probiotics (good bacteria that help boost your natural gut populations), and they provide key vitamins, minerals and other beneficial compounds - the types and quantities of which vary, depending on which fermented food you have chosen to eat.

There is, however, another group of compounds that are naturally found in fermented foods.  These are called histamines, and you are likely already familiar with these little molecules, as they are involved in allergic conditions such as hives and hayfever, as well as the redness that occurs when we are bitten by an insect.  When this happens, we often tend to reach for an anti-histamine medication to relieve symptoms of these conditions.  These work by preventing histamine from binding to the receptors on your cells, and thereby reducing the ability of histamine to cause sneezing, wheezing, inflammation, redness, runny nose, itchy eyes and generally feeling poorly.

The trouble is, histamine is actually a frequently overlooked contributor to quite a few other health issues too - many of which may not seem obvious at first.  Histamine functions not only as an integral part of your immune system, but it also plays a role in so many other parts of the body - including your brain, your hormones and your gut.

Histamine And The Brain

Histamine is actually a very talented little compound.  Not only does it play a vital role in your immune system, it also affects your central nervous system.  We need some histamine for alertness and other functions, however too much has an overly stimulating effect on the brain, and therefore can be one of the key suspects when it comes to things like sleep difficulties and anxiety.  (This also explains to a certain degree why anti-histamine medications tend to make you tired).

Histamine is one of the culprits I look for when working with a patient suffering from migraines and recurring headaches, and it is even thought to play a role in certain serious conditions that involve the nervous system, such as Parkinson’s Disease.

Histamine And Your Hormones

Histamine production and utilization is also linked to female hormones – namely oestrogen.  When your hormones are nicely balanced and your cycle is healthy, this usually isn’t a problem.  However, if your oestrogen and progesterone balance is out (and if it is you will know it – this is when you’ll be suffering from symptoms like PMS, period pain, irregular cycles and sometimes, infertility), then histamine really gets the green light to go wild.   This can then become a chicken-and-egg situation where the more histamine is produced, the more your hormones see-saw, and vice-versa.

Histamine can also be responsible in part for unpleasant symptoms such as itchy skin, mood swings, anxiety and insomnia that you start to experience during your late thirties or forties, due to fluctuating levels of oestrogen as you approach menopause.

Interestingly, the hormonal changes during pregnancy are capable of keeping histamine in line – which is why you may have noticed itching, hayfever, hives, migraines or anxiety reduce during pregnancy.

Histamine And the Gut

Histamine is also one of the key players in gut discomfort like bloating or diarrhea.  It plays a vital role in the production of stomach acid, which can be why you experience reflux or food intolerances that are difficult to pinpoint.  Histamine also has a further unique link to what is going on in the gut, as I will explain shortly.

Histamine is vital to the health of the body – but when it is out of balance, as we’ve seen, it can wreak all sorts of havoc.  Thankfully, your body actually has a very effective way of clearing histamine from your body, via two enzymes – DAO (diamine oxidase) and HNMT (histamine N-methyltransferase).  Generally, the HNMT enzyme does this quite well, but some people can experience a situation where the DAO enzyme is not working very well, which can lead to the symptoms I’ve mentioned above.  This is known as ‘histamine intolerance’ and effectively it means that there is an imbalance between the histamine within the body, and the rate at which it is being cleared - leading to a build-up.  Histamine intolerance is thought to affect approximately 1-4% of the population. 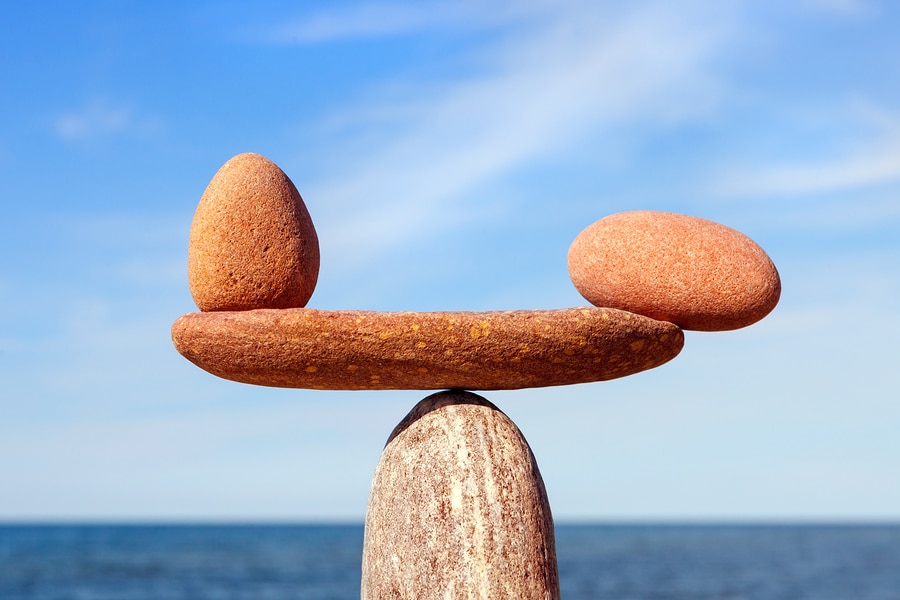 When I see a patient in the clinic who is showing signs of histamine intolerance, it is always a sign to me that we need to work on the gut.  The DAO enzyme that we need to clear our histamine away is produced by cells in the gut wall, and when the gut is not in great shape, this impairs DAO activity and reduces the ability of the body to get rid of the excess histamine.  Therefore, it makes sense that gut health should be the priority, in order to address the primary underlying driver.

Histamine intolerance can also be impacted by the types of foods you eat, as certain foods (like the fermented foods mentioned above) and even healthy foods like spinach and avocado contain histamine which can contribute to the overload.  Alcohol (also being a fermented product) can be problematic also.  These foods simply overload the body faster than it can deal with the histamine content.

Certain medications (including antibiotics, antidepressants, blood pressure medications, painkillers and muscle relaxants) can reduce the body’s ability to clear excess histamine, as can deficiencies of certain nutrients such as zinc, vitamin B6 and vitamin C.

Yes, there is light at the end of the tunnel!  The good news is that histamine intolerance is usually only a temporary condition.  It is not something that you have forever, and with the right approach most people can experience significant relief.

My approach when working with histamine intolerance in the clinic is to take a 3-phase approach.  First, we focus on re-establishing balance by reducing histamine content from the diet, and there are plenty of low-histamine foods around.  This takes a load off the body's already overloaded capabilities, and gives it a chance to start to recover.  Second, we make sure that we are improving gut health with the right probiotic strains, nutrients and herbal medicines to support the body's own DAO production.  This phase is super-important, as simply avoiding high-histamine foods only addresses part of the problem - and at best can only temporarily relieve symptoms (and can worsen the problem in the long run). After we have worked on both of these aspects, we introduce the third phase, which is a systematic re-challenge of histamine foods, to check how the body reacts and determine a healthy level of these so they can be re-introduced back into the diet.  I have found this plan to work extremely well in the patients that I have seen, and the majority have reported a complete recovery from their symptoms.

As always, addressing the underlying cause trumps simply treating the symptoms!

For a whole-body approach to histamine intolerance that focuses on

relieving symptoms AND addressing the underlying cause,

2 thoughts on “Can Fermented Foods Be Bad For You?”

Let me help you take the first step towards a healthier, happier future - today!